Yesterday I published a recipe from the far south of The Netherlands, ‘Zoervleis‘. Today I made a soup that originates in the far north of The Netherlands: Groningen. This soup is well known all over The Netherlands, I guess most of the people buy it ‘ready to eat’ from the grocery. But, it’s really a very simple recipe and the taste of homemade soup is much better! Go make this soup in your own kitchen, and you’ll never want it any other way! 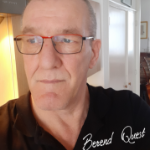